01/02/2015
SE came to 54 and started raiding WoV with almost equal numbers. SE was leading the raid at the beginning and when they got lead with score 11-7, they went back to base. However, WoV quickly countered then and the raid went on. As the time passed by, SE started to lose their numbers and the decisive factor of WoV's victory was endurance. Raid ended with result 17-15 and victory for WoV.
12/30/2014

Fi, being recently remade, came to our base and started raiding. At first, the raid was pretty even and score was staying 2-2 for long time (due to both sides getting couple of kills at the beginning). However, as time passed, WoV started acting more organized and got the lead. Raid lasted about a hour, and resulted in 20-10 victory for WoV.

SE decided to raid WoV. They got us with element of suprise and managed to get the lead at first, however soon the raid turned to our favor. Whole raid was going well, with respectful behavior from both sides and ended with 24-14 victory for WoV. 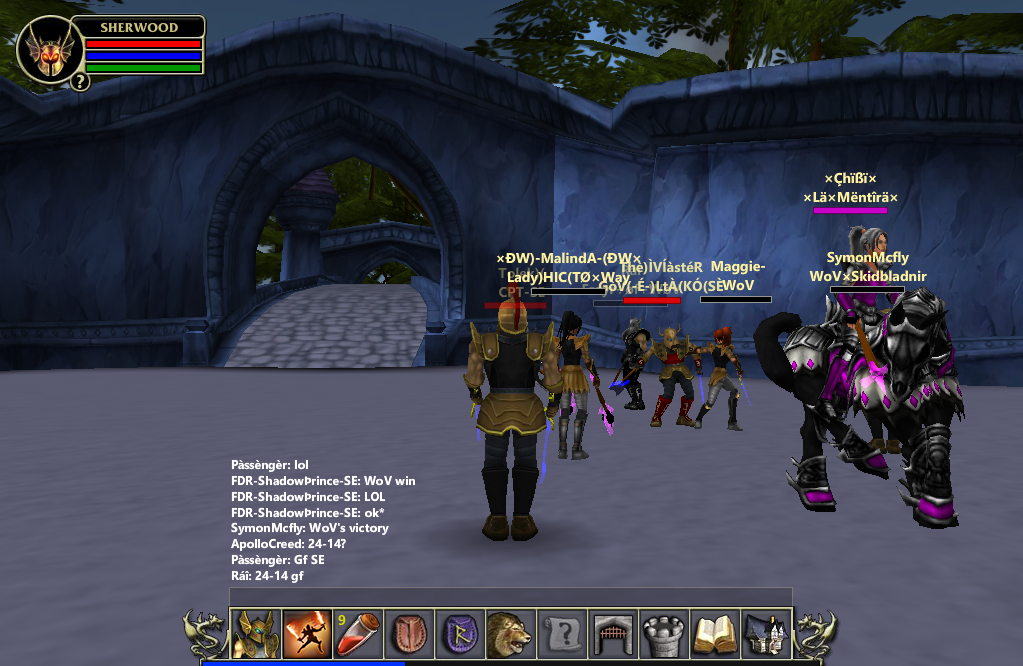 WoV raided NRG again, for having big amount of people in base. As soon as we entered 95, we started dropping NRG members like they were nothing but a bunch of flies. NRG went kinda mad and started trashing our members, which only resulted in more deaths on their side. Final score was 40-6 WoV lead. Good fight Warriors!
12/22/2014